On the 5th day of December we opened two bourbon barrel aged beers!  That was pretty exciting since the barrel aged types are some of our favorite types of beer. 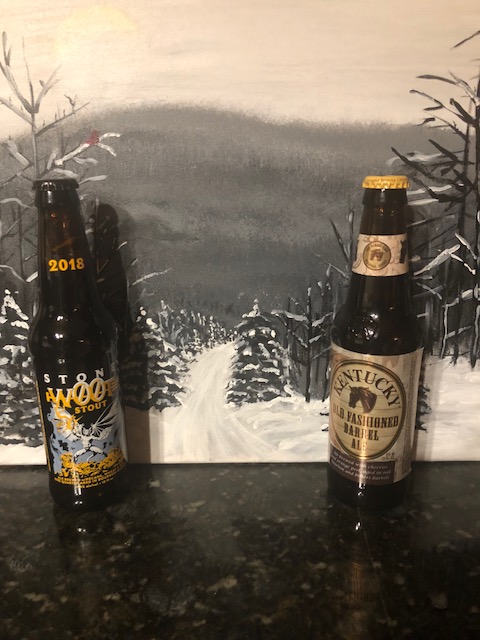 My boyfriend’s beer was Kentucky Old Fashioned Barrel Ale brewed by Alltech’s Lexington Brewing Company in Lexington, Kentucky.  It is an ale brewed with cherries and orange peel, aged in oak bourbon and bitters barrels.  At 10% ABV, this beer didn’t have a bourbon barrel aged smell to it or taste… however, it had a caramel type of flavor to it.  If we saw this in the store, we’d pick up one or two but not a full 4 or 6 pack. 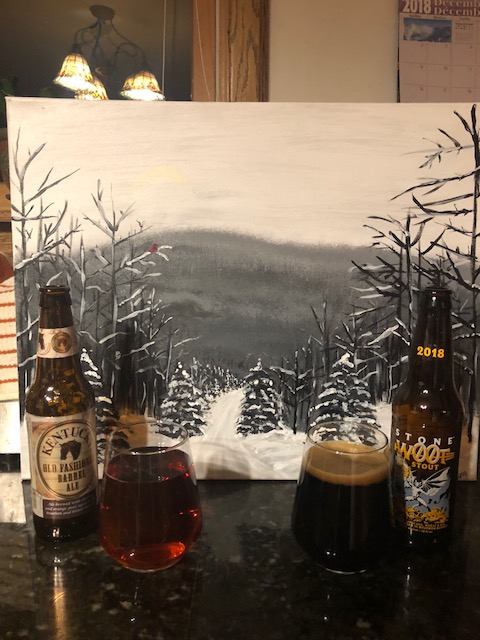 I had the Stone Woot Stout which is also an ale brewed with pecans, wheat & rye, one quarter aged  in bourbon barrels.  It is brewed by Stone Brewery in Escondido, California.  The smell of this beer was amazing – definitely the smell of a barrel aged beer!  My hope was that it would taste as good as it smelled, which it did. 🙂  At 11.5% ABV, if we saw this beer in the store, I would grab a 4 or 6 pack of it. 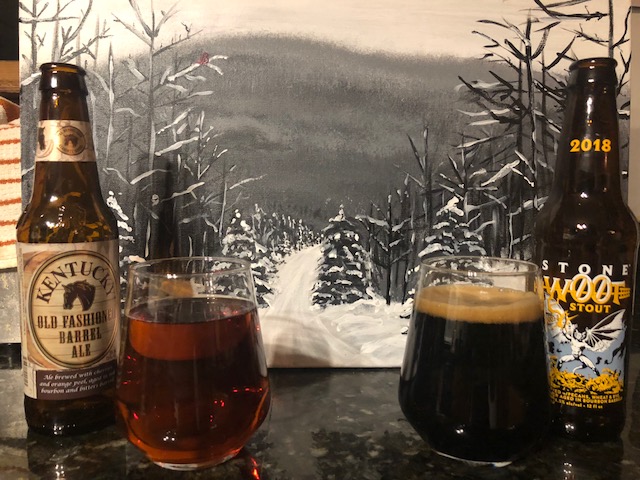