Growing up in Southern Illinois, it was very rare we would have a ‘big snow’.  Experiencing the amount of snow that has fallen so far already up here in Michigan, it’s pretty exciting and still fun to watch (which I know, we’ll see if I say the same in February/March).

The beers we blindly chose tonight are Innis & Gunn and Rochester Mills. 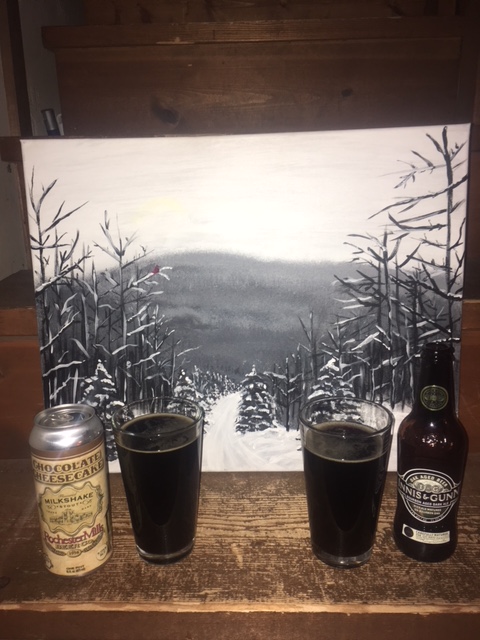 Josh had chosen the Innis & Gunn already, but that was a rum aged beer – this one is a bourbon aged dark ale.  It is 7.4% ABV and is a great barrel aged beer.

I ended up choosing Rochester Mills – Chocolate Cheesecake.  Beer, for dessert?  Why not!  That’s what the side of the can says. 🙂  It has a chocolate flavor to it and isn’t too high in ABV at 5.2%.  It is definitely worth a try if you happen to see this in the store.

Kristen’s shot of the night was peachberry cobbler!